I thought I’d finally completed my 2011 albums last night but as I began the clean-up in the Studio after my frantic scrapping session this last week, I realized the bag of memorabilia for 2011 was still bagged and tagged in the cupboard. Grrr…

Sadly, that bag is going to have to remain inside that cupboard and wait though as right now I need to think that I have completed these albums in order to get a few other things completed around the house that I’ve been putting off on the basis that 2011 needs completing… how frustrating!

And what’s really frustrating is that if I’d completed these albums back in March when I’d intended too, I could have shown you the “then” Designer Series Paper Stacks combined with a Crumb Cake base for each page but now you’ll have to imagine what the new DSP Stacks would look like. This is the front page where at least the new Whisper White quatrefoil designs printed on Window Sheet came in REAL handy! 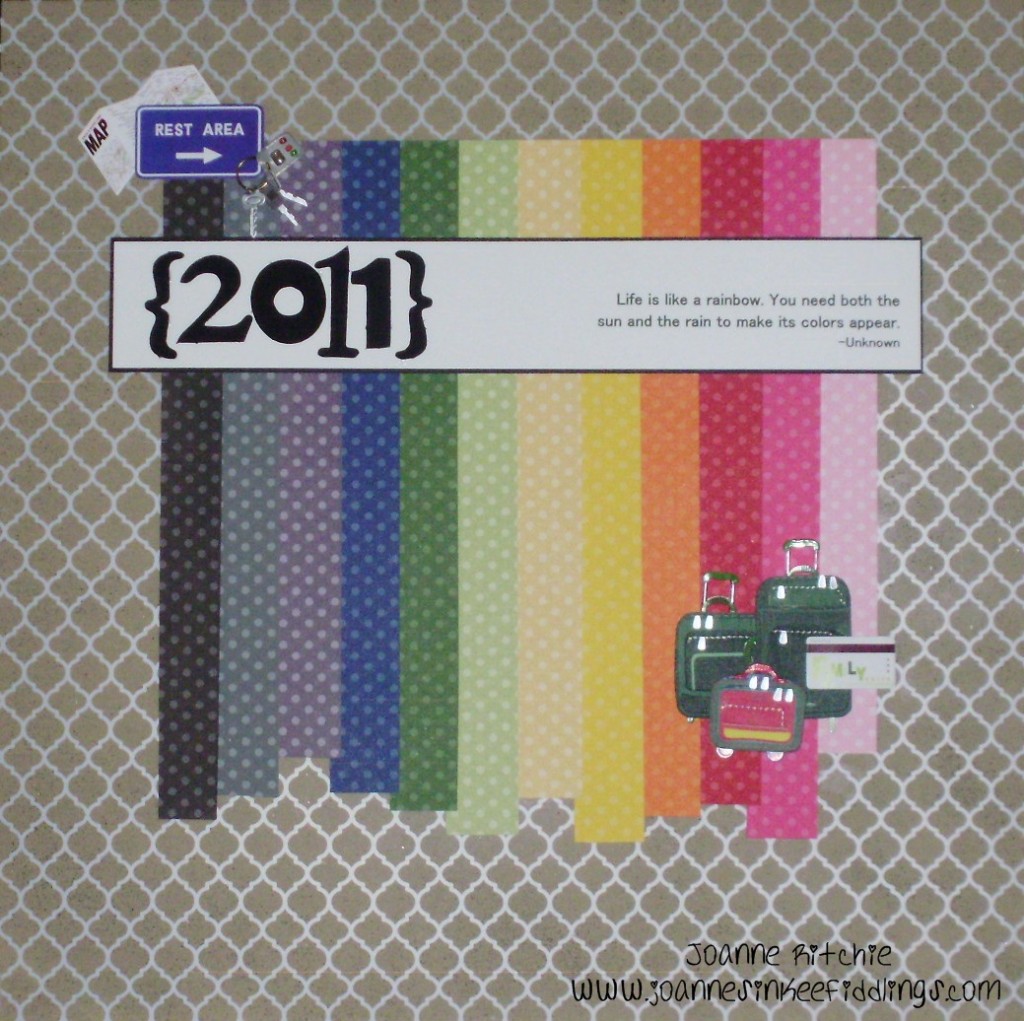 Being old-fashioned, I still work with the 12×12 albums. I keep promising myself I’ll change to the letter-size albums but when push comes to shove I always stay with the 12×12’s, it just doesn’t seem right doing it any other way! 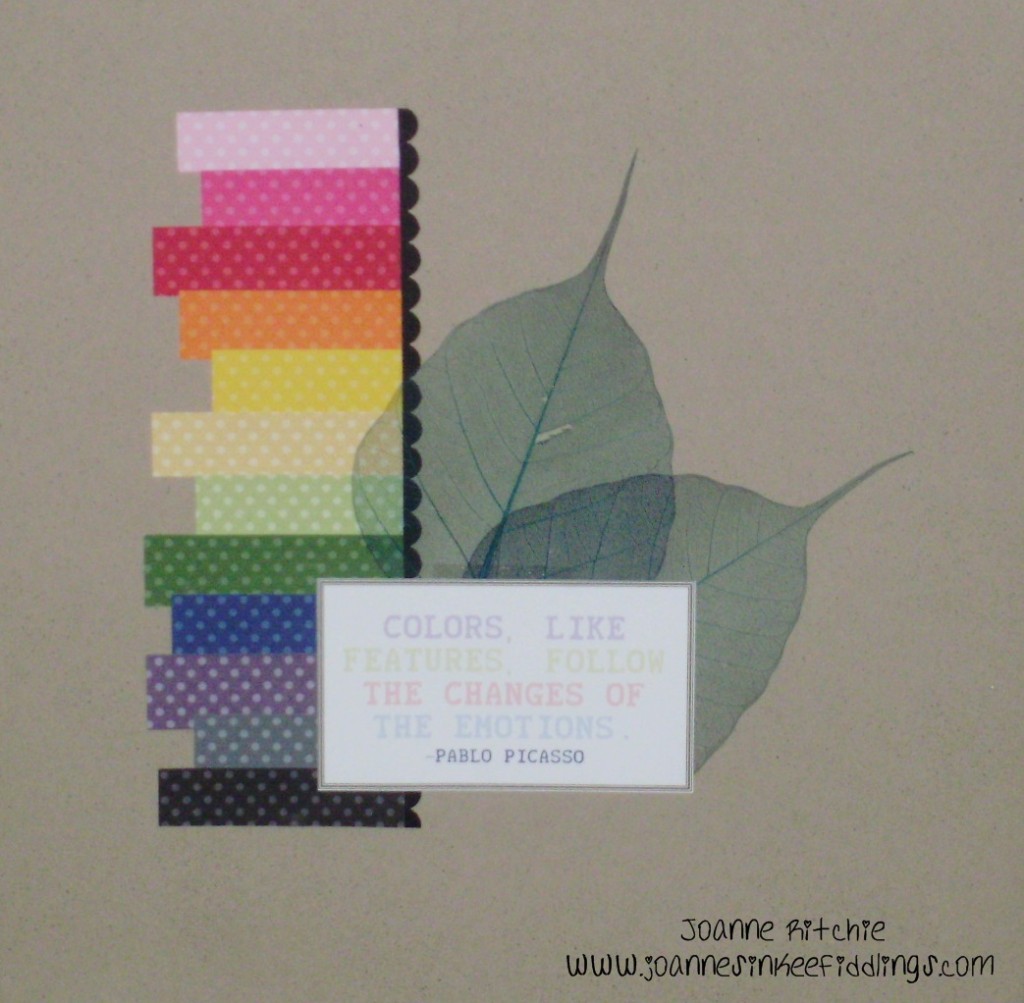 Normally for the front page I’ll add a montage of photos from the year but this time as the album was made in the rainbow of colors that you see above that’s what I used. Each month was a different color, with the colors matching the rainbow as best I could as there are officially only “eight” colors in the rainbow and as you know each year has 12 months so I had to use “artistic license” to make these albums work!

This is how each month basically looked, utilizing the four patterns from the DSP Stack with a fifth in the same color hue from my stack. Sometimes I wouldn’t have quite the right color so would actually sponge over the DSP to create the color required!

I know I’ve caught a bit of flack in the past for using the same page lay-out for each month but as I’m always playing catch up with my albums I find this the quickest and most effective way to do my albums. Plus, after 12 years of albums I’m not about to change as I really think it works.

When I do our holiday albums, I do different layout designs for each page then so I still have my chance of creativity but by doing the same page layout for each year, it also gives me the time to do it. Something of which I never seem to have enough of!