Scrolling through photos of cards I’ve created over the years I came across this one which, after looking at for some time, reminded me that I’d made if from scraps. I tell you, waste NOTHING, save EVERYTHING! 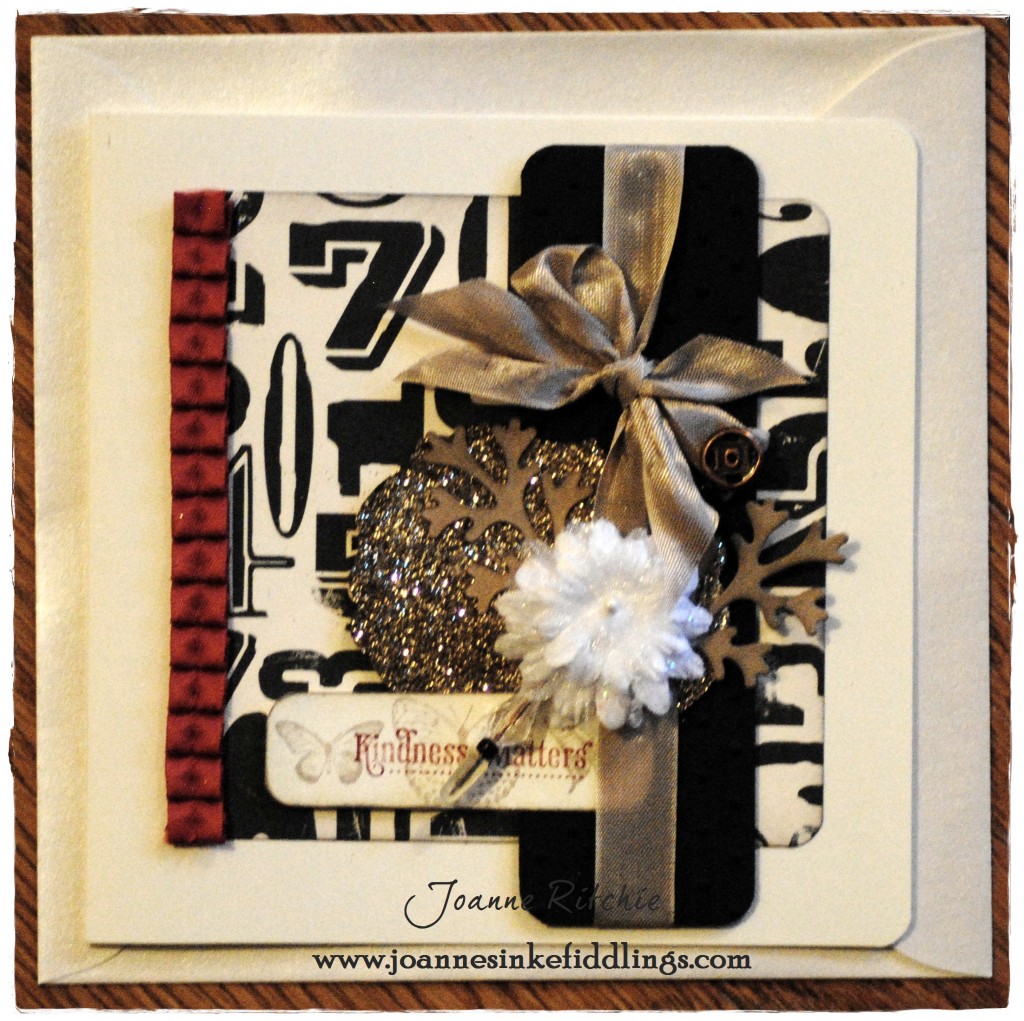 Then again, saving things is always so much easier said then done as once you’ve decided to save something you then have to turn around and find somewhere to save it TOO! 🙁

Hope you’ve enjoyed your long-week – I’m still catching my breath on returning from our holiday and will be back online PROPERLY tomorrow if you need to contact me (250-632-7248)!

Going back a decade to when I first became really REALLY serious about scrapbooking, one of the things I just loved were all those rub-on words. Honestly I couldn’t get enough of them: boys, girls, good times, bad times – whatever they were I wanted them and I wanted them all, lol!

Consequently, when I began the downsizing of our house in Australia in preparation of our pending move to Canada, I still had loads of these rub-ons, it was embarrassing. So many of my supplies went into the garage sales but not before I created this card. It seemed to come together of its own accord. 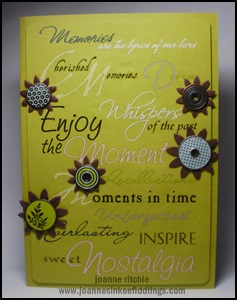 The large eyelets and the felt-flowers are all retired supplies of Stampin’ Up! – talk about memories. It seems much longer than three years since all those items were integral part of one’s stash!

By the way, the reason there was no Mojo Monday last week, this week, nor will there be one next week is that the family is away on leave. Fortunately I’ve finally achieved some creative time, sparing you all the agony of having to look at my scrapbook pages over and over again!

A work colleagues of my husbands was married over the week-end and this is the card I made for the happy couple. I based it on one I made last year for a very dear friend. 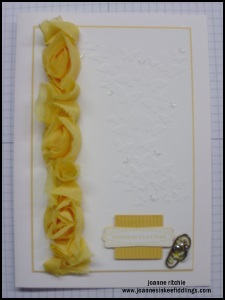 I think the So Saffron color scheme worked well for the event. This color was inspired by all things, the flip-flop charm I had in my stash!

There’s been a stamp sitting on my shelf for almost a year now that I’ve been very keen to test-drive but as I’d seen in used for something very particular years ago, was reluctant to try it without first finding that original idea. Of course, I’ve never found that original idea so consequently the stamp has sat there.

However, over drinks last week I mentioned to a guest I wanted to do a thank you card to go along with the company letter for all those who had donated for the Relay for Life this year. Red Wine agreed that this would be a wonderful idea, something more personal.

As I wanted all the colors of cancer to be represented what I did was aqua-painted within the stamped image the color-wash of the rainbow.  I’m still relatively new to aqua-washing and as much as I love it, it doesn’t love me, especially as I seldom use water-color paper, duh. Anyways, this is what I came up with… 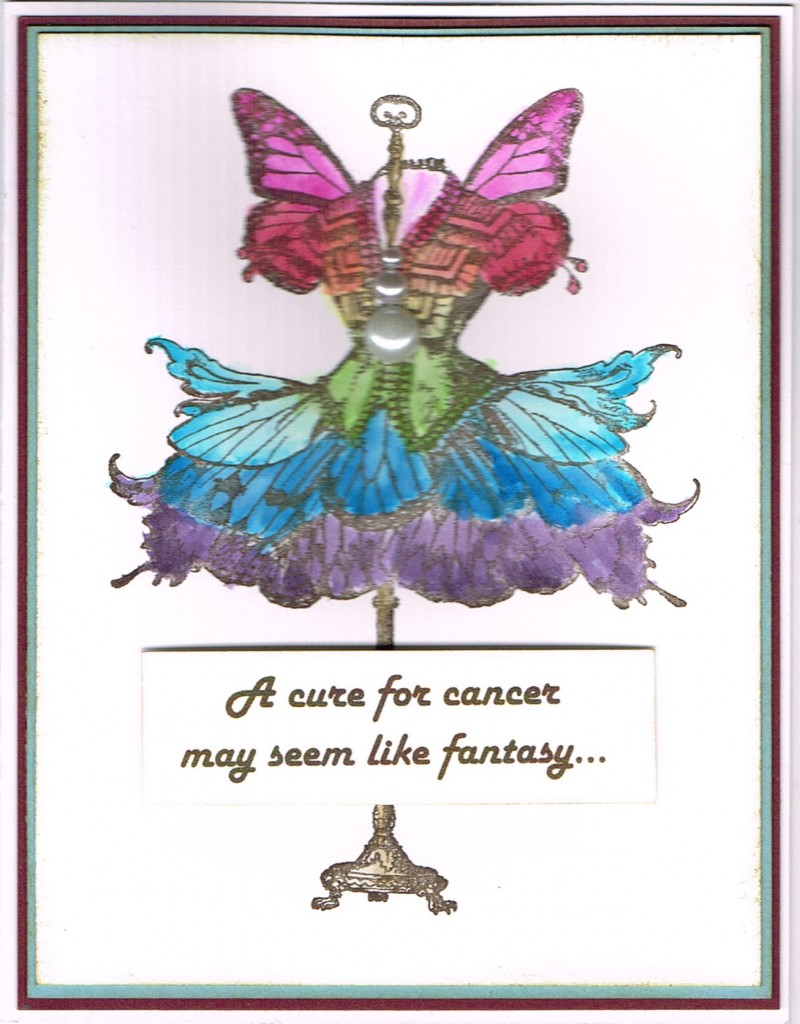 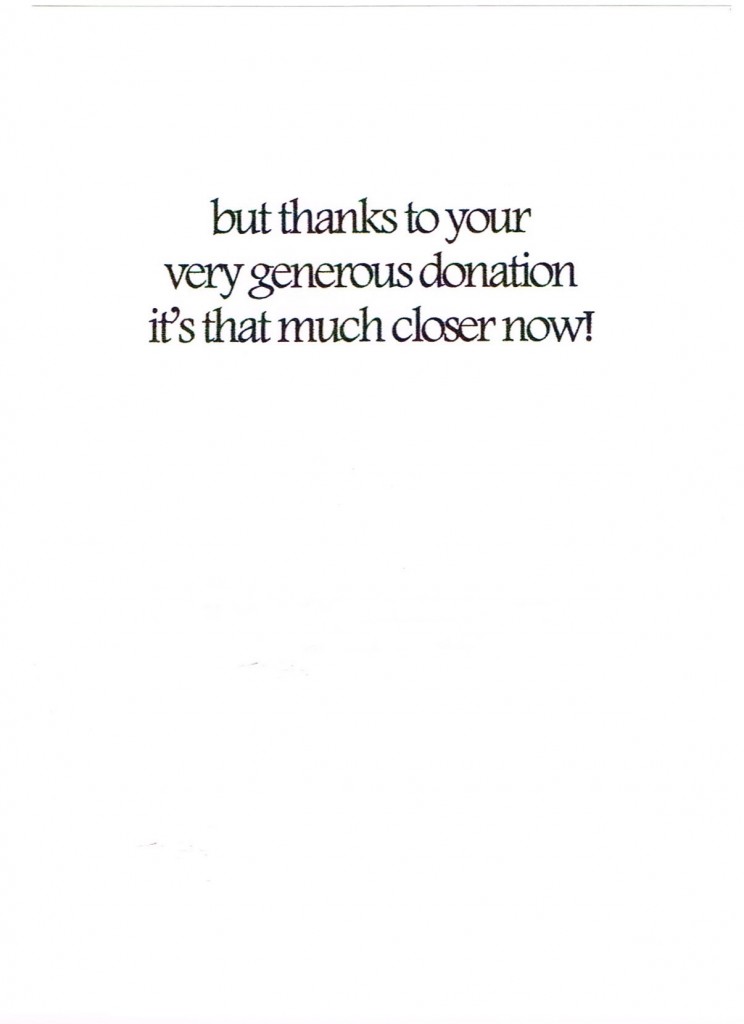 Having stamped off what I think is close to four dozen of these images to get enough “perfect” ones for painting, it turns out Red Wine forgot my offer and sent out the letters first thing Monday. Lol, I should have guessed this would happen. Oh well, there’s always next year I guess! 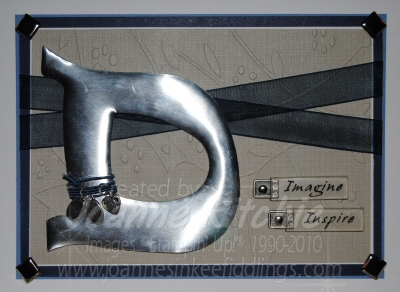