Now that it’s five days into August I now get the wonderful idea of highlighting each of the 30 colours that are retiring during the month of August. One colour for each day of August. And YES, I do know there are 31 days in August but I really thought the last day we could simply reminisce about those colours we’d seen and those we’d love. So… let’s bring on the “encore” performances.

But before I do, I meant to tell you yesterday that whilst I was having my sneak peek at the new Stampin’ Up! catalogue, I noticed that although most of the prices have stayed the same, there was one exception in particular – CARDSTOCK!

At the moment a packet of 24 sheets of cardstock is $10.50, this will become $13.95 – that’s a price rise of $3.45. Which is still great value given the quality of Stampin’ Up! cardstock and with all the other products in the colour families remaining the same, it’s not so bad. And hey, the stamps sets are the same price – honestly I hadn’t expected that so I’m relieved!

So, if there were any cardstock you were thinking of getting that you can purchase now rather then waiting for the new catalogue it might be worthwhile doing it now. I was having a ponder on my way for school pick-up and realised if you waited until after September 1st to purchase the same colours you can buy now,  you’d could lose by the price of an entire packet.

How? Well, if you buy four packets of cardstock in September at $13.95 that’s a total of $55.80 whereas today it is $42 – five packets would cost $52.50 – that’s an extra packet of cardstock and if your budget is like mine… EVERY CENT COUNTS! And don’t forget, you can always go halves, thirds or even quarters with friends so ensure you get more for your money… it all helps let me tell you. Hey, I did it just last month with a hostess so it does work!

Now for the encore performance… 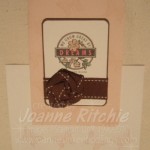 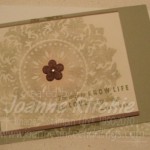 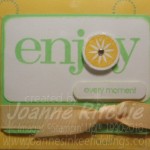 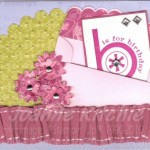