There’s no denying it, when I first went through the Stampin’ Up! Spring Catalog, the Oh, Hello Stamp Set was not a set that jumped out of me. It just didn’t seem like me I suppose but… 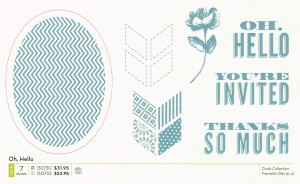 I looked at it again last week whilst preparing for a workshop and it really tweaked my interest as you can see. Especially with the 5/8″ Vanilla Flower Trim that is also in the Spring Catty. Use on mass or singularly as I’ve done here (not that you can really see unfortunately). 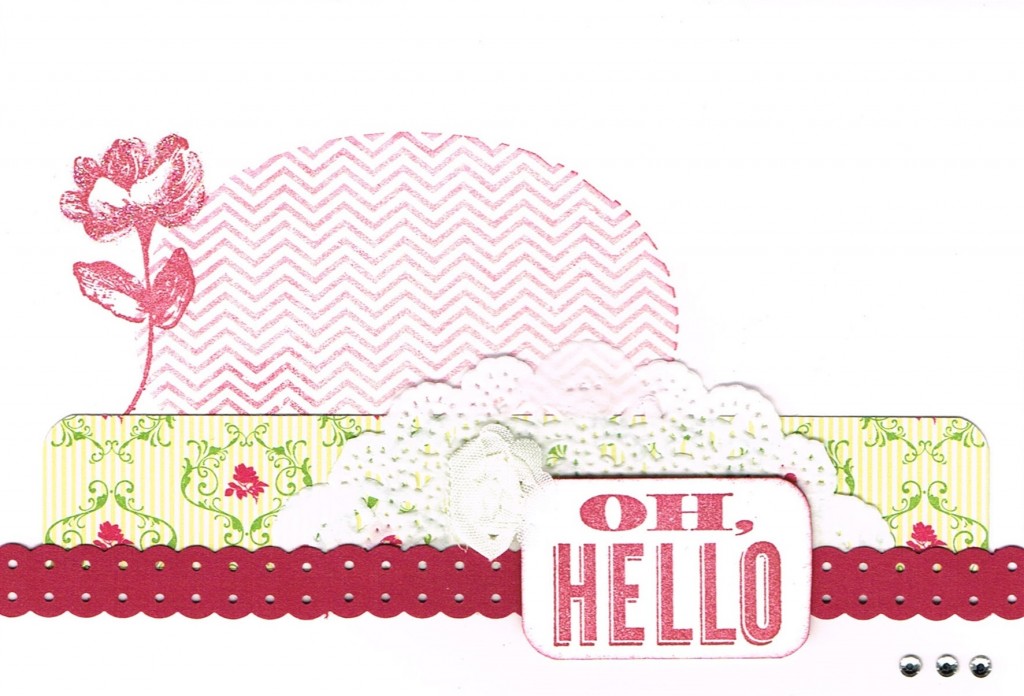 The next card is the same… but different. I used four of the five current In-Colors to color the pattered arrows to create yet another effect on this card. These Paper Doilies in the Spring Catty are also a new fav of mine! 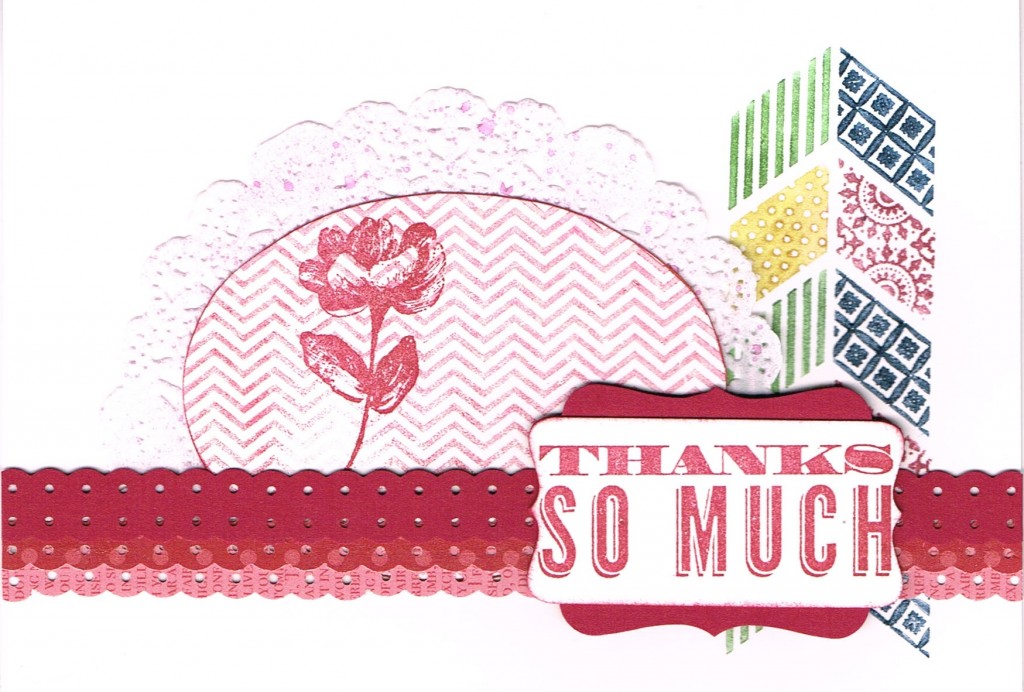 It’s a very clean set and once I began playing with it, there were so many possibilities. I even used the rose as a background (with a hint of Dazzling Diamonds of course!). 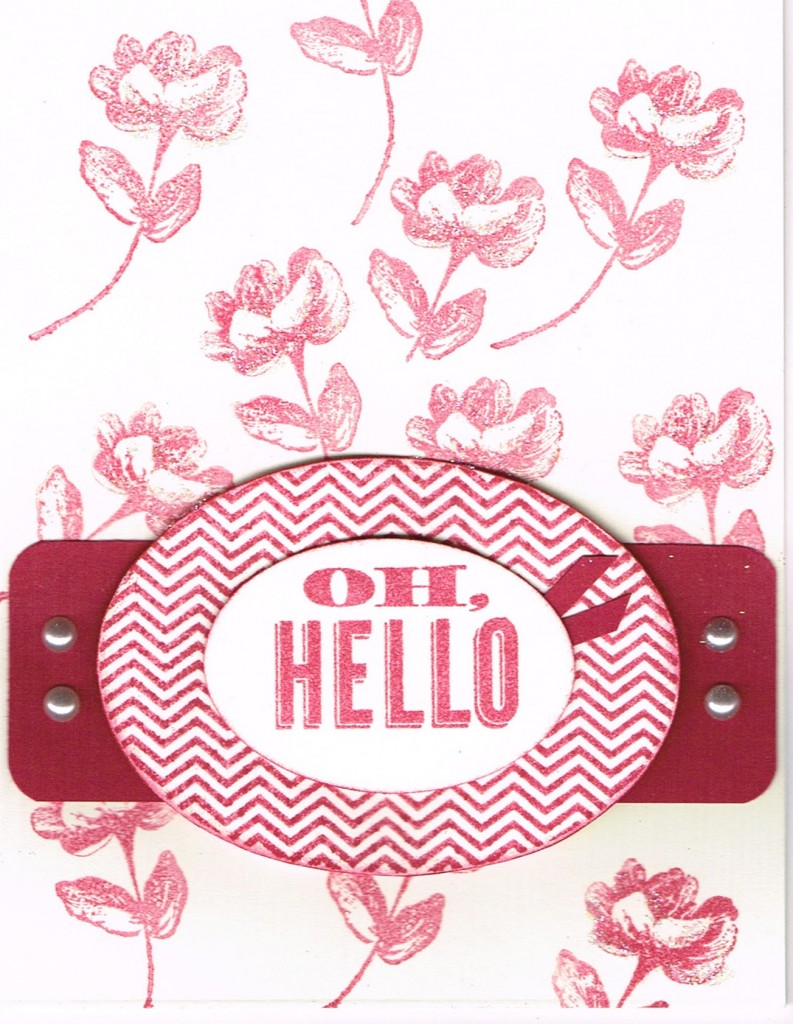 I love the 1-1/4″ Two Tone Ribbons that are also on offer in the Spring Catty. There are two to choose from – Pink Pirouette/Rose and Basic Gray/Basic Black. The Basic Gray/Basic Black is what I chose on the following card along with spritzing the Whisper White Card-stock with Rich Razzleberry. Just a few drop from the Ink Refills and you’ve quickly created a beautiful new background. 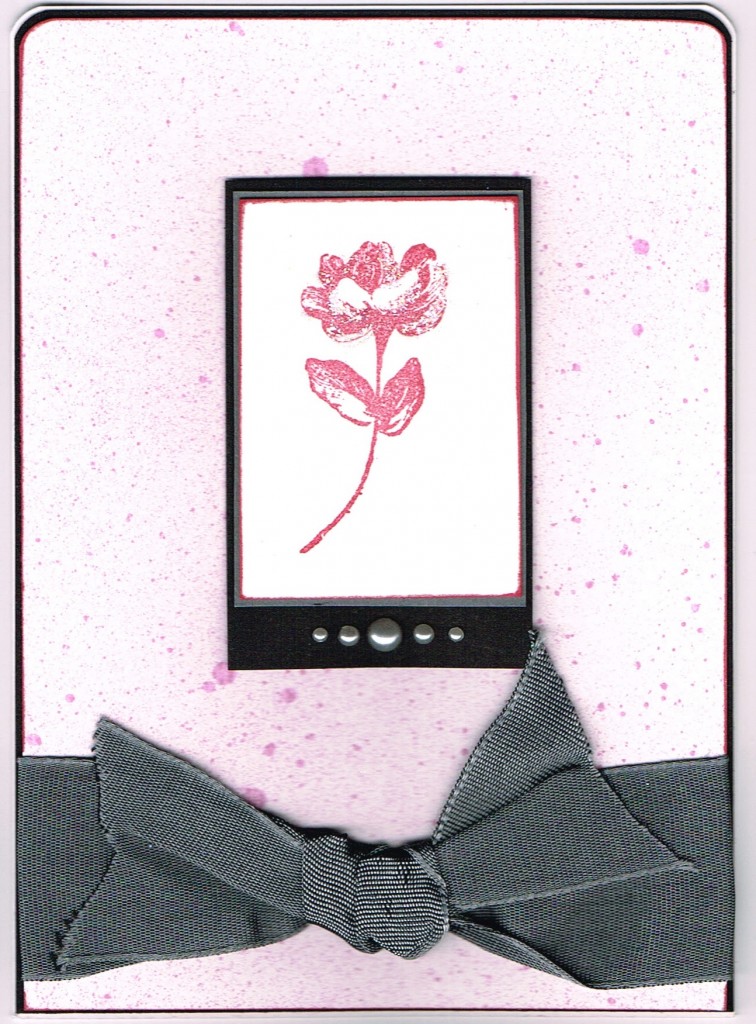 There are even more cards I made but as I forgotten how to photograph cards (these are scanned) I’ll leave those for another occasion.

The Stampin’ Up! Spring Catalog, like their Idea Book & Catalog, finishes May 31 so if there’s anything that you are interested in, now would be the time to contact me with an order as time is disappearing quickly! 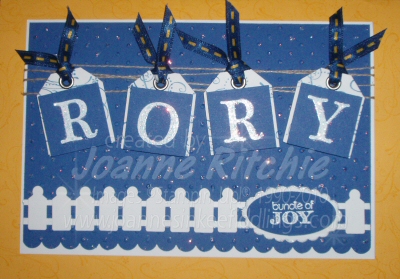 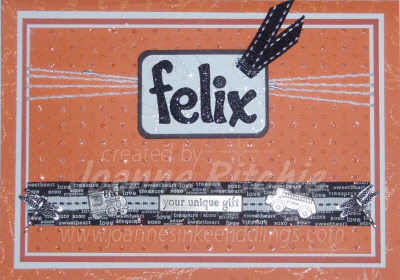 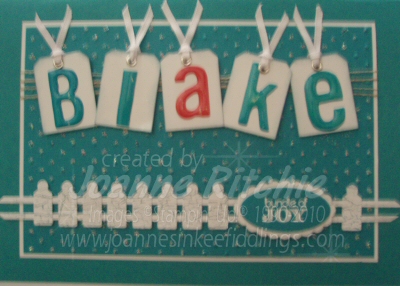 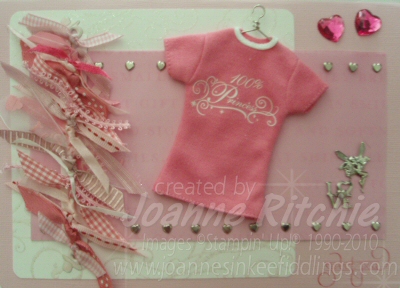 it never fails to amaze me how quickly the time between 9am and 3pm goes! Especially when you are racing the clock with a pending birthday party this week-end. Yes… I thought I was all organised with the Girl Child’s birthday present because I’d bought it weeks ago.

I may have bought it weeks ago but it was by pure chance that Boy Child came down the night before last looking for something very similar which prompted me to think of the one I’d bought for Sunday. Thank goodness, as there is just the one minor detail with it… I HAD TO DECORATE IT... OMG!!!

Needless to say yesterday and today have been operation GET BOOK COVERED. This is what I think could be the end result… 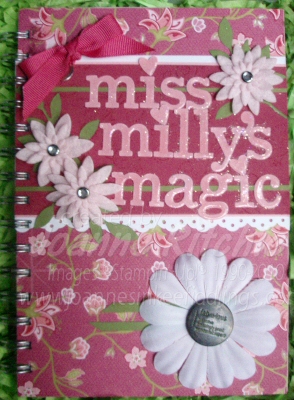 Fortunately I managed to die-cut all my letters on my Big Shot yesterday, then put Crystal Effects onto each one to give them the acrylic look. I also sprinkled Dazzling Diamonds over them all whilst they were setting just to give them a little more ompf. If I’d had a tad more time I would have made a point of lining up the letters  when I stuck them to the cover a little better but it is what it is now. And I think Miss Six, who will then be Miss Seven, will still enjoy it just as it is.

I’ve even managed a box for it with matching DSP stuck onto card-stock to give it some extra strength then lined it with some of the shredded tissue I had left over from the Easter Basket that was my April’s “Off the Page” class. Today I made my first acetate lid. I’ve never done more then use acetate as paint trays in the past so this was WAY out of my comfort zone. It took three goes until I had something I was happy with and strangely enough, the two “rejects” fitted together neatly to make a clear box… spooky!

But as I look at the clock I see something very familiar to me, any my poor family… I’M LATE… best run! 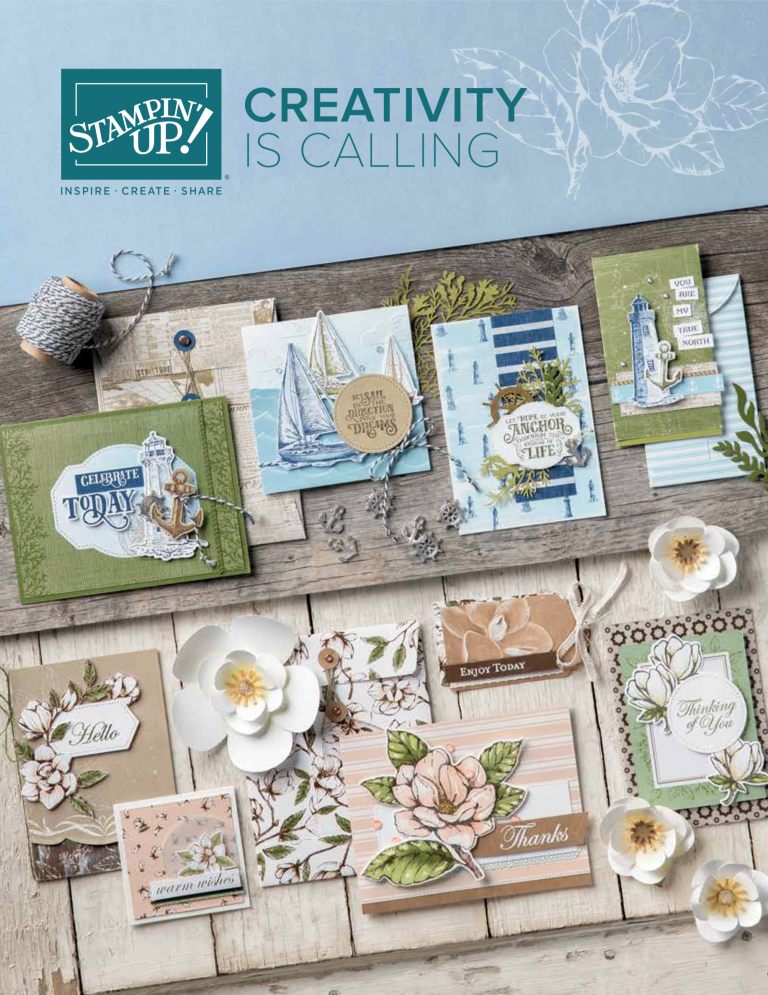