Oh my gosh… talk about being on auto pilot… I’ve been awake since 3.30 this morning so now I keep falling asleep as I sit here attempting to write this so goodness knows if I’m going to make any sense but here ’tis, my last three colours on the Colour Renovation Chart.

Actually here are six of the retiring colours and DSP’s that I’ve used for Term 3’s thank you gifts for the teachers and the lovely ladies at the school office as I like them to know how much I appreciate their hard work each term. Beside the colours I’m highlighting below I’ve also used Barely Banana, Really Rust and Apricot Appeal. 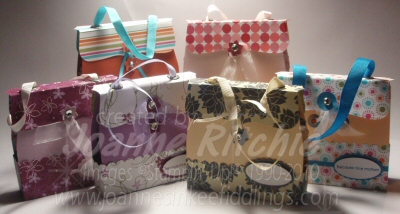 These came about as I really wanted to make some notelets with the Big Shot Scallop Circle Die Cut but to simply put them into a box didn’t seem right so I made up a template of a hand-bag that would hold them. I made four notelets for each bag – two each of two designs. (And I’ve used one of the new punches from the 2010-2011 catty – can you spot it?) 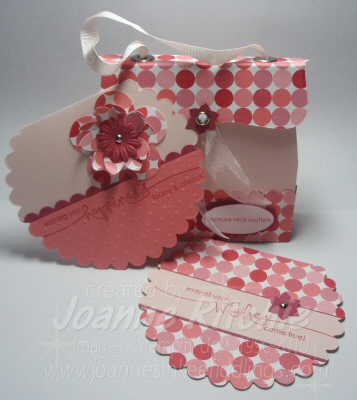 Here is a Fond Farewell to Colour #29 – Pale Plum. 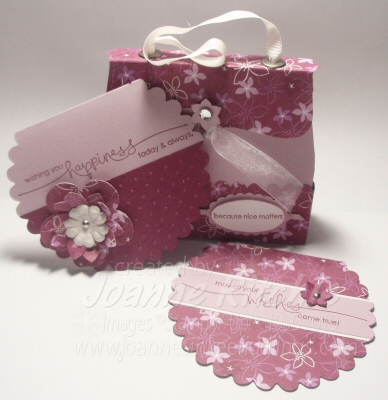 Here is a Fond Farewell to Colour #30 – Orchid Opulence. 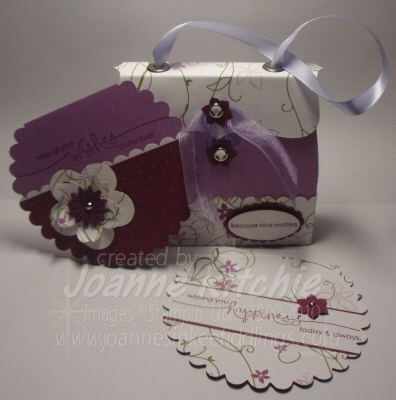 I’m really happy with how they turned out but I’ve dozed off so many times now I’m signing off as the alarm is already set for 4.30am as I need to make a dozen or two cupcakes before school tomorrow. Yes, seemed like a really good idea last week when I planned to make them then and there then put them into the freezer so I would be organised. As I’ve said before, just call me FOGI! 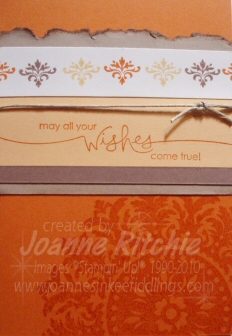