I promise, promise, PROMISE that come next week I’ll be creating once more but until then, here’s November’s Best Of… 25 Years Stamp Set. 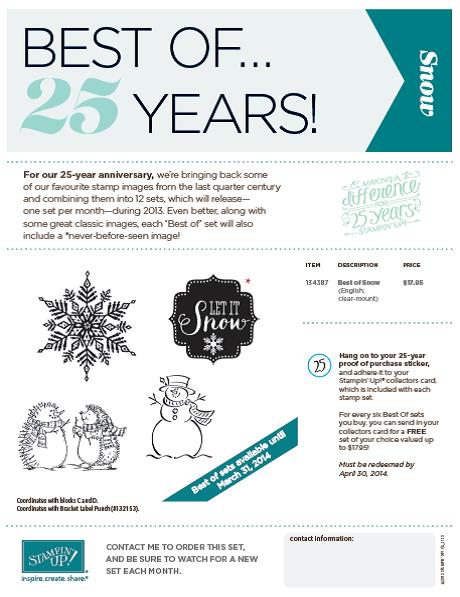 How cute is this Best of Snow stamp set? The hedgehog making a hedgehog snowman always puts a smile on my face no matter how tired I might be plus it’s a fabulous stamp to color. Wishing you all a creative week-end!

This flu has knocked me around so much since we’ve arrived back from holidays that the only decorations we’ve put up for Halloween is those that thankfully I impulsively bought one Saturday before we left.

Another non-event were the painted pumpkins I had planned to do and unfortunately bought two days after arriving home. I was so inspired by these pumpkins we saw in Quebec City last year that I wanted to do the same the same, albeit on a smaller scale, on our front stairs. 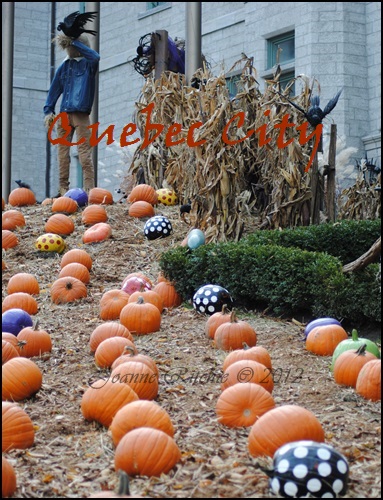 Sadly by the time I realized what day it was tonight and asked the children to paint the pumpkins, three had already been carved with another three having to go in the garbage collection this morning, leaving me only two. As you can see though, they did the job! 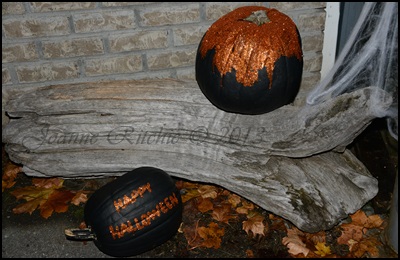 The orange glitter I’ve used is that offered in the Holiday Catty. How good do these pumpkins look? Goes to show you that Stampin’ Up! products are not just for paper products! This is the glitter you’ll find on page 20. 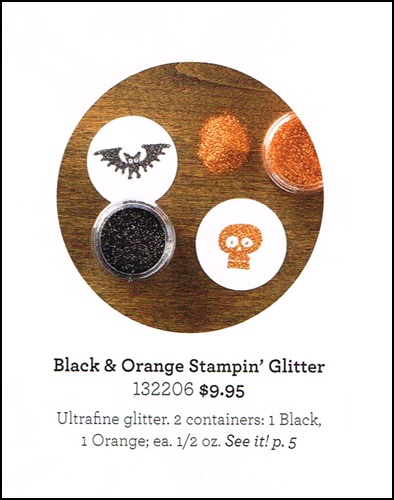 Now I have just have to challenge myself to use these two glitters in a non-Halloween manner… just. Happy Halloween everyone – wishing you all a stress-free trick or treating time!

There’s been a number of requests for a ribbon shares but as there are so many beautiful ribbons I’m going to do them in stages. This is also an attempt to keep my sanity so who knows if that will work! 🙂 To begin here are the first four ribbons including Bakers Twine and each will be bagged according to each ribbon type.

The first set is the 3/8″ Ruffle Stretch Trim. These are the FIVE new delicious IN-COLORS – Baked Brown Sugar, Coastal Cabana, Crisp Cantaloupe, Pistachio Pudding and Strawberry Slush. Each roll comes in 10 yards lengths at $12.50 with a choice of five colors. Each color will come in 2 yard lengths, with each In-Color bag being $13 including tax.

The next is my all-time favorite ribbon, that being the 1/2″ Seam Binding Ribbon. This also comes in 10 yards lengths at $9.50 per roll but this time in SIX colors – Cherry Cobbler, Crumb cake, Daffodil Delight, Pool Party, Soft Sky, and Very Vanilla. These bags are $12 each (includes tax) and contains 2 yards each of the six colors. 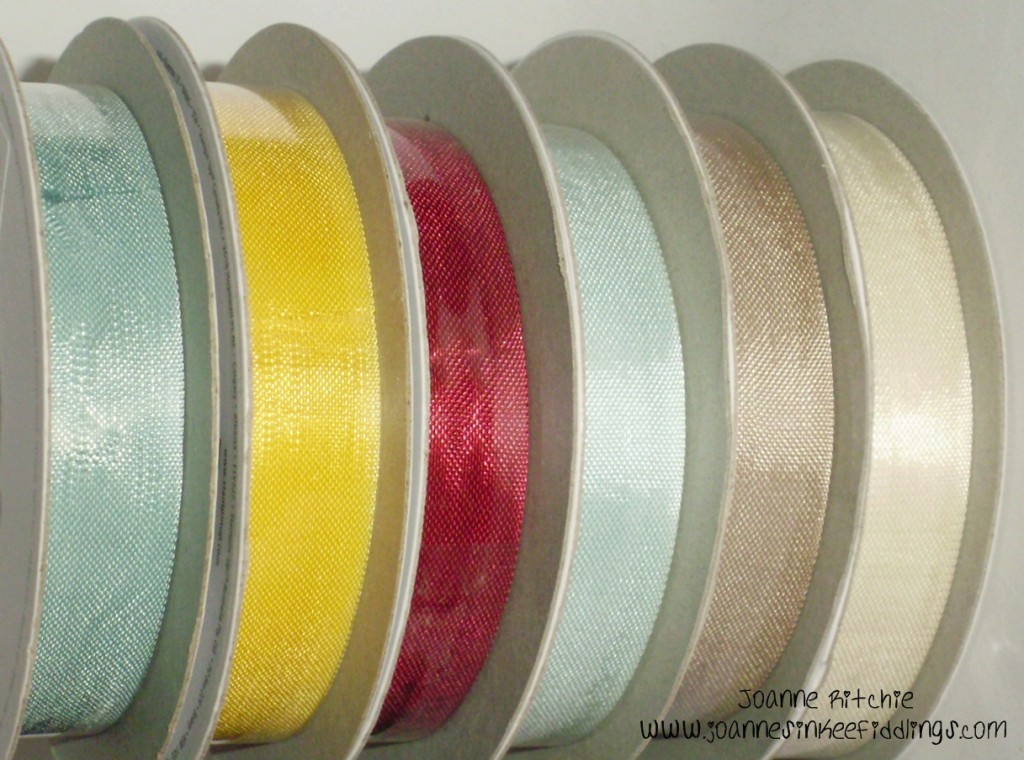 The 3/8″ Taffeta Ribbon also comes in 10 yard rolls at $9.50 per roll and come in FIVE different colors – Crumb Cake, Pear Pizzazz, Pink Pirouette, Soft Suede, and Whisper White – and will come bagged in 2 yards lengths of the five colors. Each bag will be $10 which includes tax. 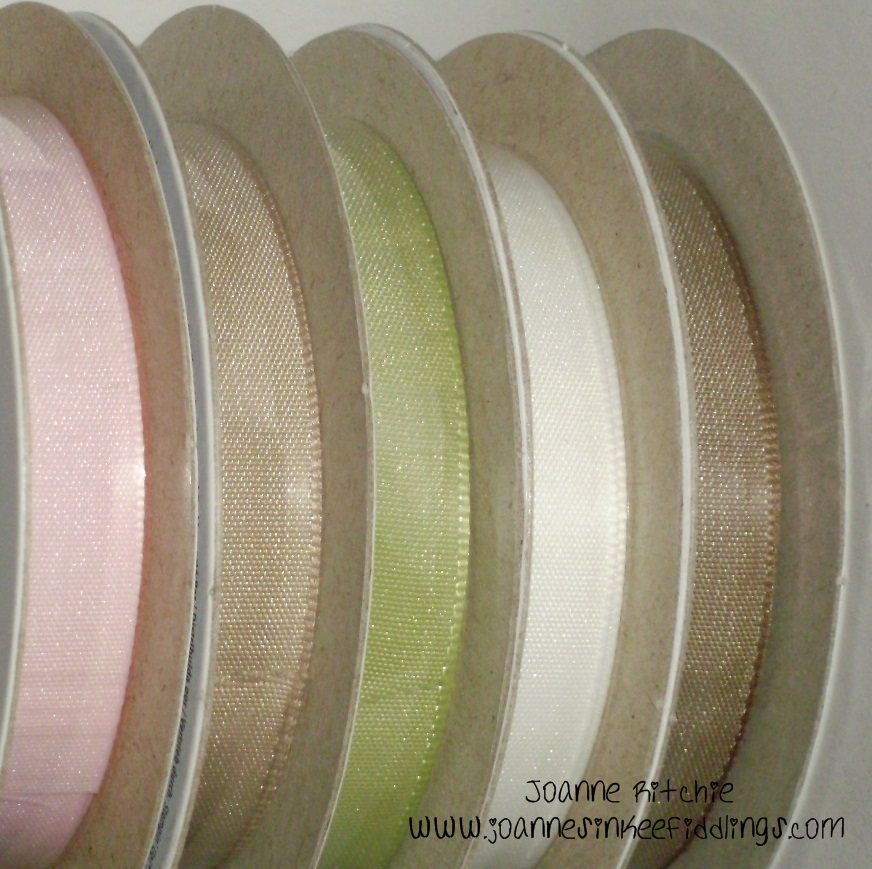 And last but by no means least is the Baker’s Twine. This twine comes in FIVE colors that are all twisted with Whisper White – Calypso Coral, Cherry Cobbler, Early Espresso, Island Indigo and Whisper White (which is very white seeing as it’s twisted with white!). These will be bagged in 5 yards lengths as one tends to “wrap” this twine hence requiring more than if you were simply adhering a length. Each bag of five colors in 5 yards lengths is $4. 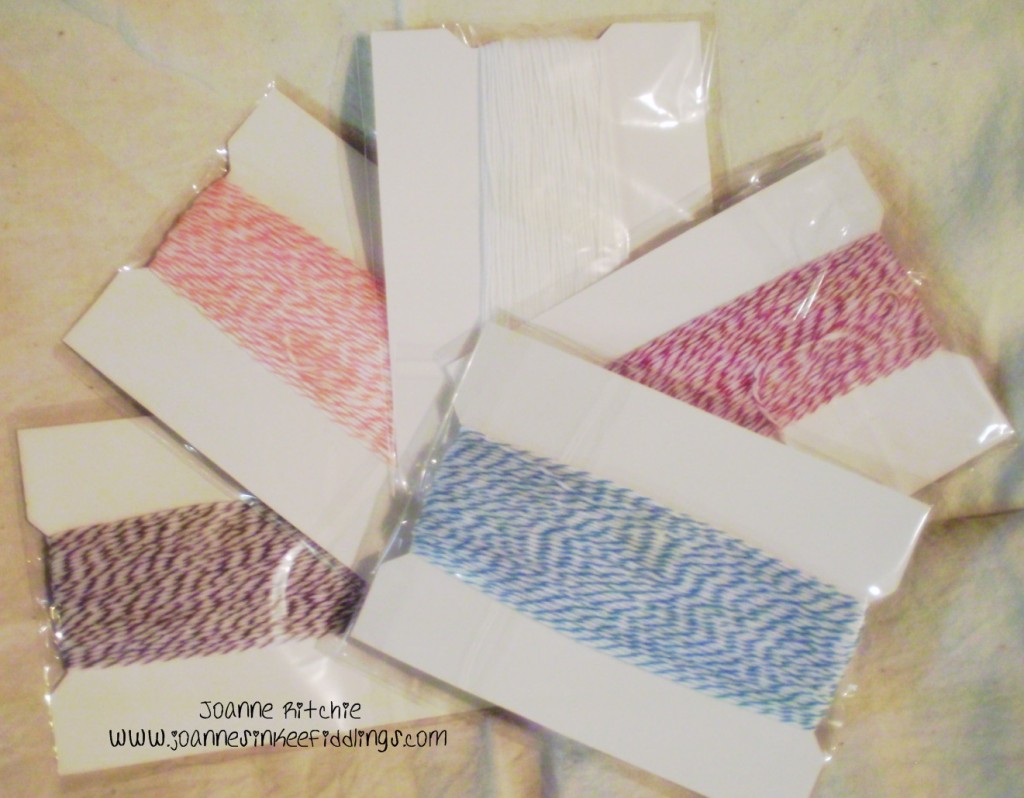 Let me know at your earliest convenience what colors you’d like, either call me 250-632-7248 or email me at  inkeefiddlings@gmail.com. I’m going to attempt to include a contact form at the bottom of this post but I make no promises having never attempted it before. Fingers-crossed it’s a success!

Please note: Ribbon Shares are strictly on a cash basis however they can be delivered COD when I’m dropping your new Holiday Catalog around to you. It’s simply a case of letting me know when you order! 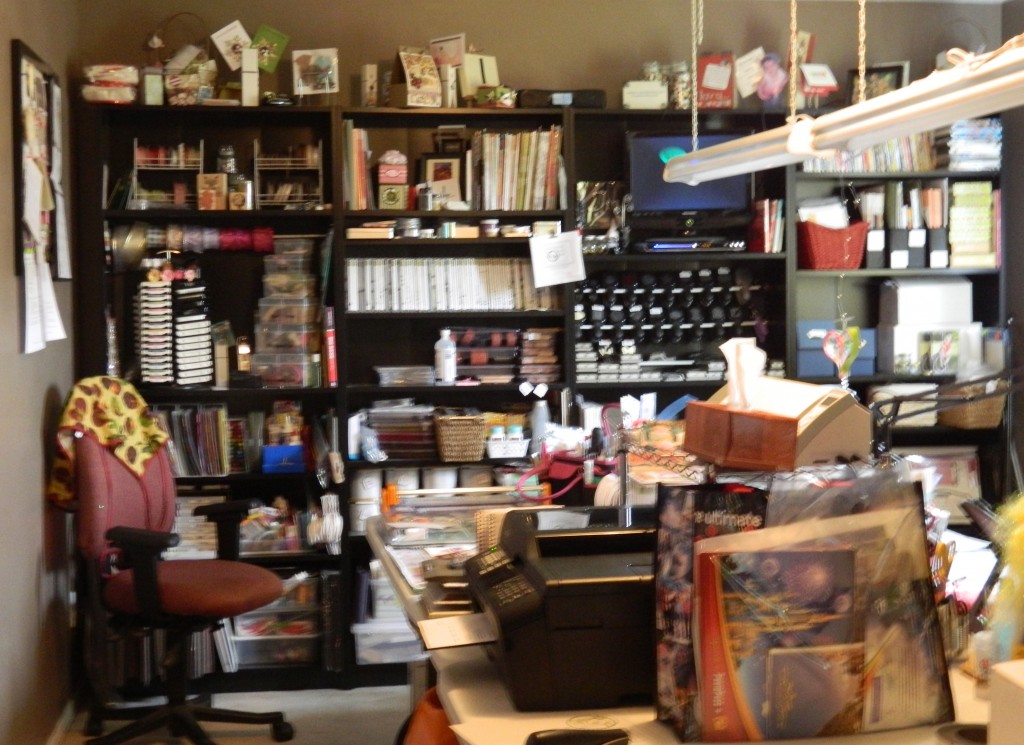