Where does the time go? I never seem to have a moment to catch my breath. Which is sort of good as you won’t catch me complaining that I’m bored but sometimes, just sometimes, I think I’d almost like to be… maybe, lol! 🙂

Then again, my Darling Boy went in for both a tonsillectomy and adenoidectomy yesterday morning so I’ve been feverishly buzzing around the house all week ensuring all my chores, and THEN some, were completed so that I’d be available to him. Seems I was a tad OVER-concerned as he’s bounced back fabulously. Even has a friend over this afternoon!

This is now allowing me a head-start on our Alaskan Cruise Album. I know right, I’m creating a holiday album for a holiday we’ve had in this VERY year. Weird huh? The pages have been planned as such… 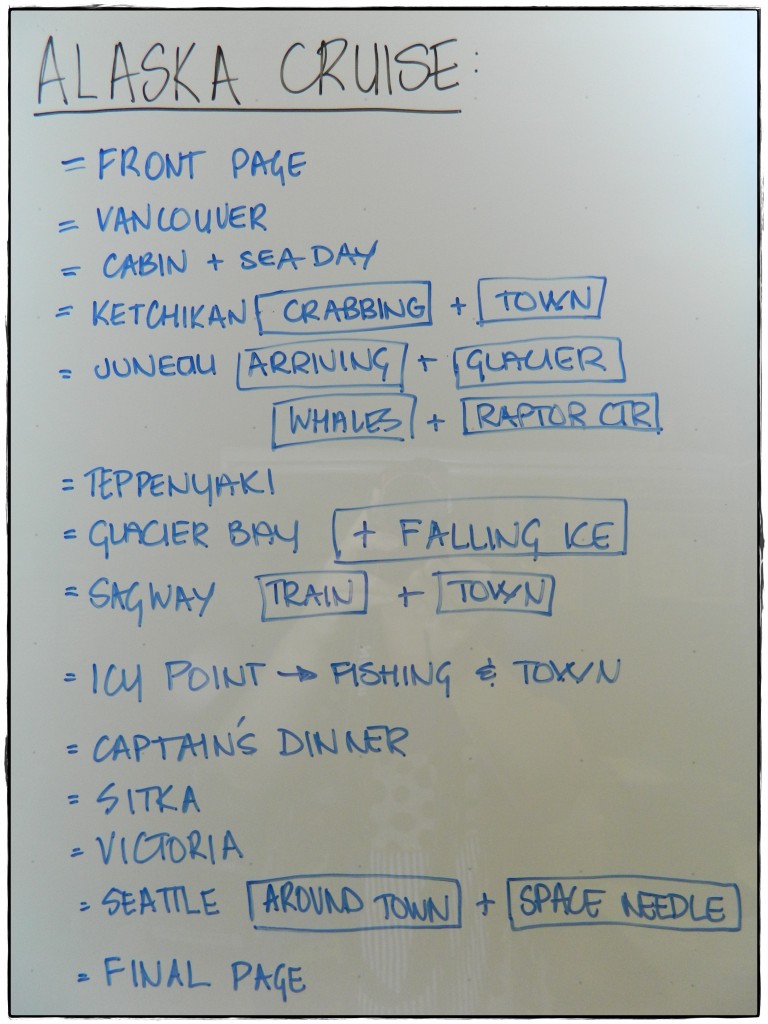 I’ve even chosen the cardstock and patterns for all these pages which oddly, given the destination, are mostly in shades and patterns of green. Green not even being a color of mine. WHAT is going on?! 🙂

I ask you, is a week too long to nap? Last night I had myself in a TOTAL panic as I’d lost a glass of water. How could ANYONE lose a glass of water without even moving? Just as tears were beginning to surface I looked down, and yes, sadly the glass had been in my hand the entire time. Excuse me, bedtime!